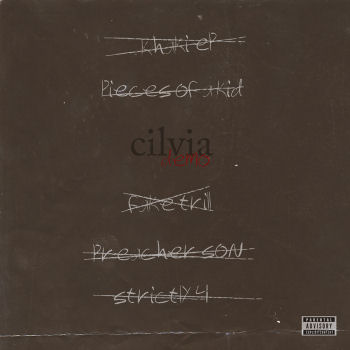 Towards the end of 2013, the always-boisterous Top Dawg, CEO of TDE, claimed that his crew ran hip hop during that year without releasing a single project - a bold, but not entirely inaccurate claim. What was even bolder was his guarantee that TDE would release six projects in 2014. But in 2014, if any crew can pull off the No Limit circa 1998-style feat, it would be Top Dawg Ent. And their stream of releases was headed off by the newest member of the crew, Tennessee rapper Isaiah Rashad.

Rashad, only 22 years old, inked a deal with TDE last September and has since been gaining credibility for his lyrical abilities with performances in TDE's BET Cypher and singles like "RIP Kevin Miller," "Brad Jordan" and "Shot You Down." With his debut project with TDE, "Cilvia Demo," Rashad displays a style that fits nicely in the crew, while also bringing something unique to the group of diversely talented rappers.

The southern rapper's vocal delivery is very similar to Kendrick Lamar's, but Rashad has more of an ear for melody. Stand out cuts like the opener "Heredity" and the Outkast homage "West Savannah" features Rashad singing during the entire track without rapping. Lyrically he can hold his own among the crew as well. (Well, maybe not quite on the level of Kendrick or Ab-Soul when he's on.) He trades bars with Schoolboy Q and Jay Rock (who raps: "Cocaine, cocaine, Rock rock kilos, fishscale cut well, you won't find Nemo") on the intense closer "Shot You Down." And he pays homage to his southern roots on "Brad Jordan" and "RIP Kevin Miller," where he raps: "I need diamond teeth, living like it's 1998, like when Percy was the king, back when Juvie was the great."

The production sounds pretty similar to the rest of TDE's catalog, with very subdued, atmospheric beats. At times the production teeters back and forth between cohesive and monotonous, but after repeated listens, the tracks stand out apart from each other more as you unravel the heavily layered production. The production also complements Rashad's ability to formulate melodies, and as a result, "Cilvia Demo" is very hook heavy. "Shot You Down" and "Heavenly Father" are excellent examples of his hook writing ability.

Top Dawg Ent. has a pretty big year ahead. Today marks the crew's second release with Schoolboy Q's highly anticipated major label debut, "Oxymoron." But dropping Isaiah Rashad first makes a lot of sense. Rashad is relatively unknown, so releasing his project in January, a traditionally slow month in terms of new releases, gives him the spotlight for a good month before the next string of interesting albums. Personally I had little interest in "Cilvia Demo" upon its initial release, but downloaded it because what else am I going to listen to in Januaray? But with not much else to play, "Cilvia" got more and more burn, and found more things to like with each spin. TDE might have more immediately grabbing projects this year, but I would be willing to bet Rashad's tape will be one of the most played.