Black Milk :: If There's a Hell Below 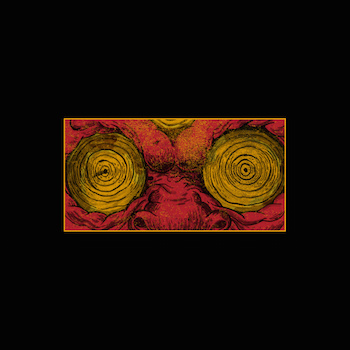 Detroit rapper and producer Curtis Cross, better known as Black Milk, has been pushing the classic hip-hop sound forward since his 2005 debut. He's in the lineage of DJ Premier, Pete Rock, Q-Tip and Dilla, but constantly evolves so that his beats never sound stale. He's worked with electronic sounds and live bands, managing to stay true to his old school roots without being restricted by it. His beats are always grounded in hard-hitting drums, a nod to his boom-bap heritage. Those drums are all over his sixth album, "If There's a Hell Below," which contains some of his best production work to date.

The title is a reference to the Curtis Mayfield song "If There's a Hell Below We're All Going to Go." Milk's interpretation of that song is that that even though the inner city can resemble hell, there is also joy in it. Along with using the Curtis Mayfield song as a lyrical inspiration, he uses it as a musical inspiration as well. "If There's a Hell Below" is a soulful record. You can hear the influence of "Curtis!" and "Superfly" on "Everyday Was," "Hell Below," "Gold Piece," and "Up & Out." Those tracks have a dusty, nostalgic sound that makes you think of childhood and old records. They have the same beauty and power that Curtis Mayfield's music had. Black Milk gets compared to Dilla all the time, but Milk has moved beyond Dilla's innovative sample flipping. Milk is using a combination of samples, programming, and live instruments to create music that has an organic feel to it. His beats feel like songs.

Lyrically, much of the album deals with looking at where Black Milk has come from and where he's at today. There's a lot of references to hip-hop history, whether through clips of a eighties rap battle, an early news program about rap music, or snippets of Ghostface and Dilla that pop up. The theme of seeing the joy in difficult situations recurs throughout the album. On "Leave the Bones," Black Milk describes his childhood:

"Where the blood is spilled
City bruhs get killed
Little kids dodging bullets on their big wheels
[...]
Ignored all my teachers
Bored by my preachers
Instead I went home and played 'Liquid Swords' out my speakers
Start writing something about the time my cousin Pookie got locked up"

On "What it's Worth," he explores his career:

"Hear too many questions about
Why you not working with the latest
Never been one to go to another one to be validated
[...]
Let it breathe
Heaven knows
Me and my niggas had dreams
Cashing checks with seven Os"

The theme of the album is especially clear on album closer "Up & Out," in which he describes the drama and the joy of where he grew up:

"If There's a Hell Below" is built around strong beats and a strong concept. Unfortunately, Black Milk's rapping isn't as strong. He's not a bad rapper, just an average one. There is a forgettable quality to his rhymes and delivery, at least to me. It's what has prevented me from getting more excited about him as an artist; I recently got rid of my copy of his 2010 "Album of the Year" when I realized I had only listened to it four times in as many years. There's a reason why his collaborations with other rappers always feature him on the boards and not on the mic. His mic skills can't compare to his beatmaking skills. Milk gets assists from Bun B, Blu, Mel, Ab and his Random Axe cohorts, who help elevate the album.

Even with Black Milk's limits as a rapper, "If There's a Hell Below" is a solid album. Black Milk nails the line between being retro and forward-thinking, between street and backpack, between nostalgia and honesty. Detroit's dominance over hip-hop shows no signs of slowing down.