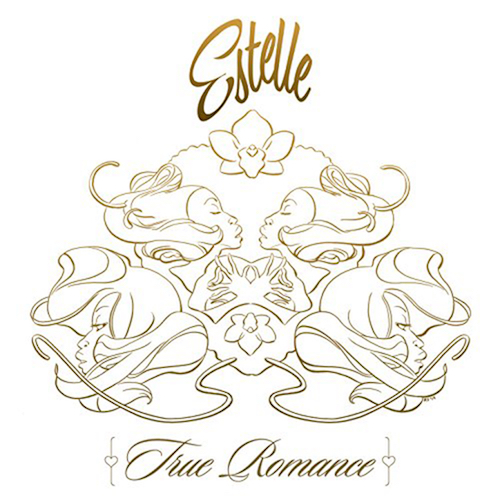 Okay she may not be known PRIMARILY as a rapper, but when we first covered her back on 2008's "Shine," she was actually doing quite a bit of rapping. Our man Jay Soul was not a fan of her rap though, noting she should either "learn how to rap or let someone else do it." Ouch baby. It seems she heeded that advice though, because she's since become very well known for her singing, and has gone on to be nominated for and win numerous awards (including a Grammy).

There's little doubt the West London product can not just sing - she can SANG. The biggest surprise in the last few years though was that Estelle picked up a side job which could actually rival her fame as a musician. She voices the character Garnet on the hugely popular cartoon series Steven Universe, which yours truly is an unapologetic fan of. At times it seems unfair that a woman with such a lovely voice plays such a quiet and stoic character, but it in fact has the opposite effect. When Garnet does speak, you cling to every single word, and in the episodes where she DOES sing it's powerful and poignant - and her rapping has gotten better too.

It's no surprise that show creator Rebecca Sugar adores her, nor that she drew the cover art for "True Romance." I admit I'm biased toward Estelle as well, but what immediately surprised me on her latest album is how much of a throwback the track "Something Good" was. The D. Smith/Soundwavve track and Estelle's high energy delivery over the uptempo beat rewound me to the early 1990's. I could hear both Black Box's "Strike It Up" and C+C Music Factory's "Gonna Make You Sweat" in this track - and I'd even say that Estelle and Martha Wash compare favorably to one another. If you want to be seduced by a songstress (man or woman - doesn't matter) then "Make Her Say (Beat It Up)" is the track for you. It's primal and urgent and minimalistic and SO sexy. "Shall I call you daddy? Shall I call your name?" This one is definitely a rap, and definitely not for the younger audiences that Steven Universe draws, so parents be advised if their kids are fans of Estelle's too. Well known American production team J.U.S.T.I.C.E. League provide a more soft and subtle ballad for Estelle on "Silly Girls," a song that could comfortably work its way into any AM or FM radio rotation. "What's a life without passion?" asks Estelle. "I choose love." I must admit I keep picturing Garnet in my head, especially when she opens songs by simply speaking a few words, such as on "Gotcha Love." Some songs are a bit difficult to wrap your head around as a fan of Estelle OR her animated counterpart though. "Time Share (Suite 509)" seems like it wants to be screwed up on sizzurp, and though she's capable of carrying it through to the conclusion, it just isn't a good musical fit. I suppose there's nothing technically deficient about Reefa's track on "She Will Love," but it transforms Estelle into a Jamaican dancehall star, and that doesn't feel right for her either.

It's songs like "The Same" that really fit Estelle the best. All she needs is a good groove that supports her without shoving her into a box, allowing her to chop up her words in her own unique way - a syllable at a time if she likes. "All That Matters" is a fitting conclusion, as Josiah Bell gives her lovely piano keys to float on, and you can picture Ruby and Sapphire dancing together to this romantic song as she croons "baby you're mine - that's all that matters - no one can take away what's yours and mine." Oh damn - did I forget to mention that Garnet is a FUSION? That's one of the reasons Garnet is so stoic on Steven Universe - she's a relationship between two "Gems" as they are known on the show. Their love is so strong that they want to constantly be together, and when Gems come together, they can form new bodies with the personalities and traits of each individual merging into one whole. Garnet's love radiates from within and makes her strong, and on "True Romance" Estelle is at her best when she embraces the same unyielding passionate love.