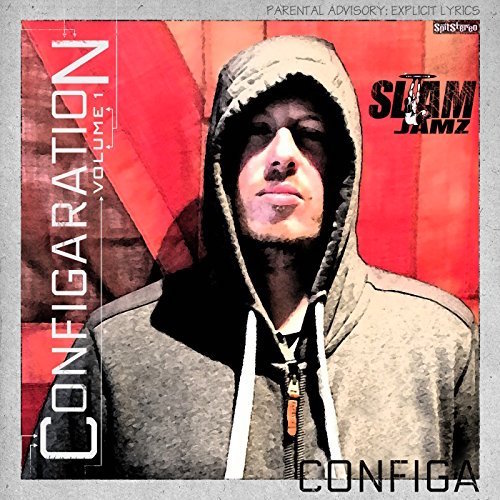 One way to prove your underground hip-hop bona fides is to have Chuck D do the intro to your album firing shots at mumble rappers and trap rappers. That's how UK producer Configa launches his latest album, the 16-track "Configaration Volume 1," proving that he's no mere true school wannabe.

Configa has been making music for most of this millennium, concentrating on sample-based beats that sound straight out of New York circa 1994. Maybe that's why so many old school New York rappers show up on this album. Craig G, Sean P, and Spoonie Gee are all featured. I'm guessing the fact that Configa makes the kind of beats that these legends came up rapping over helped get them on board. There verses are for the most part solid, with the blunt aggressiveness that I always associate with that era and region of hip-hop.

There are also two verses by Asian-American rapper John "Vietnam" Nguyen, who died five years ago saving a friend who was drowning. His verses show a talent that was snuffed out far too young. British rappers round out the list of MCs. There's a decent range of styles represented, from hardcore East Coast rap to ragga-tinged UK rappers to more emotive indie rappers like John Vietnam.

As a producer, Configa does a nice job of maintaining the hard-hitting beats of old school rap while injecting a healthy dose of melody and bounce. He's got latin horns on "From the Soul," a dancehall feel on "Pop Off," and even tackles jazzy soul on "U Make My Day," featuring the excellent singer Sulpacio Jones. One of the best tracks is a remix of "Mind Control," which sounds like the soundtrack to a 60s spy movie put over a beat. The heavy acoustic bass of "Make 'Em Pay" is another highlight. Sometimes old school beats can be monotonous, but Configa wisely mixes things up enough to keep things from getting repetitive.

Your results with "#CV1" will depend greatly on your appetite for old school underground hip-hop. Just about the only thing 2017 about this album is its release date; in every other way it does what it can to pretend like hip-hop hasn't changed since the days when you could flip samples without going broke on legal bills. As a Gen Xer, the boom-bap sound is like meat and potatoes to my ears. As a music lover and critic, I'm wary of artists who are too relentlessly retro. There's something regressive about not wanting to admit that time and art have moved on.

Configa manages to make music that adheres to a certain aesthetic while not being too self-congratulatory about it. I can't help but think that the fact that Configa is from the UK makes his take on old school hip-hop less rigid than some of his stateside peers. He doesn't have the same baggage as a producer from New York would. That said, it's probably harder to be taken seriously as a producer making New York style beats when you aren't from anywhere near New York, and the roster of rappers on this album is a testament to Configa's skills on the boards.