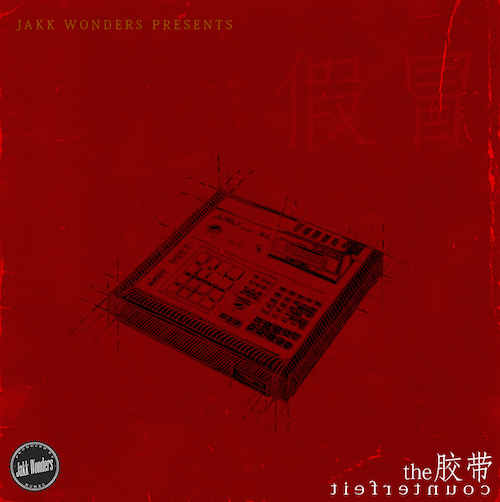 It's hard to pontificate for long periods of time about a beat tape. There's the obvious problem of course - lacking a lyricist it's often hard to feel the shape of a hip-hop song. Some of the truly great producers can transcend this limitation to the point their songs tell a story by themselves, or in some rare cases they are entirely new and wonderful adventures when heard outside their original context. We've entered an era though where you actually have to try HARD to make a bad beat though. Even the lowest end laptop can be affordably equipped with production software that will measure BPM, loop your sequences, and give you multiple layers of tracks to edit each individual component. Hell with Audacity you can do it for free, though I'm sure your top of the line producers pay for something more advanced.

That's the real problem with reviewing beat tapes - you rarely get sent one that is just straight up awful. (For the record before I go any further, "The Counterfeit Tape" is not one of them, it's fine.) That leaves you with an incredible talent pool of aspiring producers out there who want their tapes reviewed just so they can get more exposure and hopefully find some up-and-coming (or higher) level emcees who will pay for their product. It leaves one feeling less like a critic and more like an unpaid promoter, standing there on the internet street corner hawking products with the enthusiasm of a teenager spinning a sign in front of a sandwich shop or a gold liquidator. Actually those kids probably have MORE enthusiasm because they do get paid - even though it's a pittance - more than those of us who review beat tapes do.

At least Jakk Wonders has an interesting story and an interesting concept on "The Counterfeit Tape," and that helps. He hails from South Africa, which not a lot of well known rap artists or producers in North America do (I could only come up with Die Antwoord without resorting to Wikipedia) and his goal here wasn't showcasing his own work, but how well he could imitate OTHER people's work. Thus the title of this release isn't just a random assortment of words - it's a marketing gimmick, indicating exactly what Jakk Wonders can do for YOU.

Most of the song titles are self-explanatory if you're familiar enough with the most successful or acclaimed rap producers out today, but I'll cite two examples in case you're not in on the joke/idea - "Alpharmacist" is clearly referencing Alchemist, and "Kane Westward" is clearly referencing Kanye West (and even has his trademark sped up soul samples). Only two things may bother me about this gimmick for Jakk Wonders - I can't really learn who he is other than a good imitation artist, and the fact he seems to think a large part of the process is to purposefully add background static or choose the most crackly loops possible. When it's an accidental byproduct of a well produced instrumental it's charming, but on songs like "Konfuzion" it feels forcibly inserted, particularly since it continues even when the loop drops out where one imagines a chorus would be.

On the whole I have to give Jakk Wonders props though, because his chameleonic ability to imitate some of my favorite beat maestros is impressive. I'm particularly partial to the "Damlib" (ha) track that opens this beat tape as well as "Harry Fred" (HA!) following it. It's one thing to have a laptop and some audio software, but it's another to create tracks worth listening to more than once. Most of these beats qualify, but Jakk bro, lay off with the static.